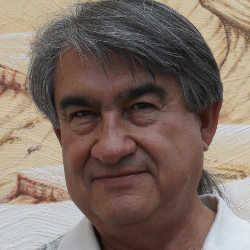 Emeritus Professor in the Division of Language, Literacy and Socio Cultural Studies, University of New Mexico

Gregory Cajete is a Native American educator whose work is dedicated to honoring the foundations of Indigenous knowledge in education. Dr. Cajete is a Tewa Indian from Santa Clara Pueblo, New Mexico.

Dr. Cajete is a practicing ceramic, pastel and metal artist. He is extensively involved with art and its application to education. He is also a scholar of herbalism and holistic health. Dr. Cajete also designs culturally-responsive curricula geared to the special needs and learning styles of Native American students.

He worked at the Institute of American Indian Arts in Santa Fe, New Mexico for 21 years. While at the Institute, he served as Dean of the Center for Research and Cultural Exchange, Chair of Native American Studies and Professor of Ethno- Science. He is the former Director of Native American Studies (18 years) at the University of Mexico. He is also an Emeritus Professor in the Division of Language, Literacy and Socio Cultural Studies in the College of Education and the Department of Native American Studies in the College of Arts and Sciences at the University of New Mexico. In addition, he has lectured at colleges and universities in the U.S., Canada, Mexico, New Zealand, Italy, Japan, Russia, Taiwan, Ecuador, Peru, Bolivia, England, France and Germany. 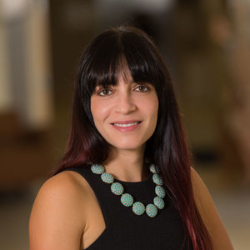 Maria’s research program explores the development and maintenance of expertise, with a particular focus on how health professionals deal with uncertainty, novelty and complexity in their daily clinical problem solving. The aim of her research is to evolve understanding of the knowledge and capabilities that underpin this facet of expertise as it occurs in real-world contexts using theoretical frameworks of clinical reasoning and adaptive expertise. The ultimate goal of her research is to translate this understanding to educational design that promotes the development of exceptional clinicians who are able to handle the complexities and challenges of the healthcare workplace. 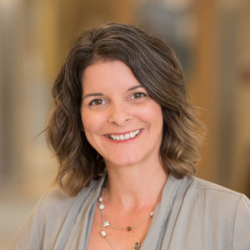 Paula Rowland began her career as an occupational therapist, working with children and adults in multiple healthcare settings across Canada. Following an interest in how the places where professionals work shape how they work, what they can know, and what they can learn, Paula pursued graduate studies in health systems and organizations. Having completed her PhD in 2013, Dr. Rowland focuses on broad mandates to reform the practice of health professionals within clinical workplaces. Her existing research has explored two substantive change efforts: patient engagement programs and patient safety and quality improvement programs. In each of these domains, Dr. Rowland explores questions about knowledge, power, and identity.

Dr. Rowland is interested in working with students and colleagues using social science theories to understand patient engagement, quality improvement, and patient safety programs. She is also interested in sociocultural approaches to understanding learning and practice within clinical workplaces. This might include dynamics of the clinical learning environment, practice-based learning, workplace learning, knowledge mobilization, and continuing professional development. Ultimately, she contributes to models of education that support future experts and future expertise in a rapidly changing world. 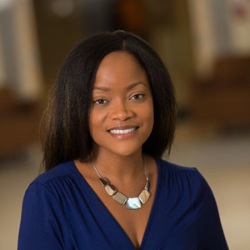 Institute Director, The Institute for Education Research at UHN

Dr. Nicole Woods is a cognitive psychologist who received her PhD at McMaster University (2005). Her work examines the role of basic science knowledge in clinical reasoning and the development of medical expertise. Applying principles of memory and human cognition to education across the health professions, her research program focuses on the mental representation of categories and instructional design that supports cognitive integration of basic and clinical sciences. Working with her research collaborators and graduate students, Dr. Woods is building a theoretical model of knowledge acquisition and integration in the health professions. Although most closely linked to undergraduate education, her work has implications for the development of expertise along the entire spectrum of professional education. 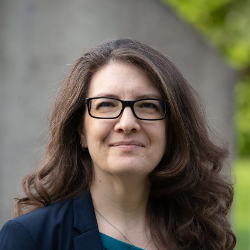 Ivy Lynn Bourgeault, PhD, is a Professor in the School of Sociological and Anthropological Studies at the University of Ottawa and the University Research Chair in Gender, Diversity and the Professions. She leads the Canadian Health Workforce Network and the Empowering Women Leaders in Health initiative. Dr. Bourgeault has garnered an international reputation for her research on the health workforce, particularly from a gender lens. 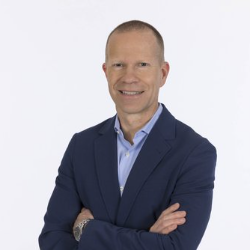 President-Elect, Royal College of Physicians and Surgeons of Canada

Brian D. Hodges, MD, PhD, FRCPC is Professor in the Faculty of Medicine and Executive-Vice President Education and Chief Medical Officer at the University Health Network (Toronto General, Toronto Western, Princess Margaret, Toronto Rehab Hospitals and the Michener Institute). He is a practicing psychiatrist and teacher. His research focuses on assessment, competence, compassion and the future of the health profession. His work has been recognized with the British Association for Studies in Medical Education Gold Medal (2014), the Association of American Medical Colleges Flexner Award (2015) and the Karolinska Institutet Prize for Research in Medical Education (2016).

He earned a Bachelor’s degree in Psychology and an MD at Queen’s University in Kingston, Ontario. He then pursued a residency in psychiatry at University of Toronto. He earned a Masters and then a PhD in Education at the Ontario Institute for Studies in Education in Toronto and he holds a Diploma in Health Economics and Social Sciences from the University of Paris. 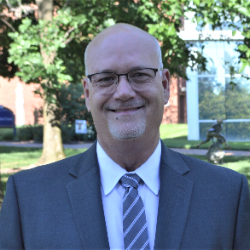 Dr. Anthony Breitbach is a tenured Professor and serves as Vice Dean of the Doisy College of Health Sciences at Saint Louis University (SLU). A native of Dubuque, Iowa; Dr. Breitbach graduated from the Athletic Training Program at the University of Iowa in 1985, received a Master’s degree from the University of Florida in 1987 and a PhD from SLU in 2007. He is an Association of Schools Advancing Health Professions (ASAHP) Fellow and chairs their Partnerships, Alliances and Advocacy Committee, their Interprofessional Task Force as well as representing them on Interprofessional Education Collaborative (IPEC) Core Competencies Revision Work Group. He serves on the Executive Committee of the American Interprofessional Health Collaborative (AIHC). In March 2021, he was named as a Distinguished Fellow and inaugural Chair of the Athletic Training Academy in the National Academies of Practice. He helps lead Communication working groups for Interprofessional.Global Interprofessional Research.Global and the Collaborating Across Borders Conference. He is an Associate Editor for the Journal of Interprofessional Care; is President-Elect of the Alpha Eta National Allied Health Honor Society, is a Peer Reviewer for the Higher Learning Commission and serves as Public Member on the CAE Commission of the American Society of Association Executives. 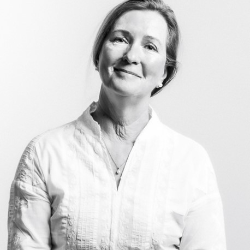 Professor Elizabeth Anderson completed a graduate nursing course at St Bartholomew’s Hospital London working on a cardio-thoracic surgical ward before moving to Leicester to train and work as a Midwife and Health Visitor. Her early research exploring Sudden Infant Death Syndrome fed into the back to sleep campaign in the 1990’s. Elizabeth moved from health care research to scholarship in Medical Education where she led new innovative interprofessional practice-based education. Her main role at Leicester Medical School is to lead interprofessional education (IPE) and patient safety underpinned with pedagogic research. She is widely published in the area of interprofessional education. Elizabeth was awarded a National Teaching Fellowship by the Higher Education Academy for outstanding contributions to education in 2007. She runs the Patient and Carer Group to align patient involvement in the design and delivery of professional education. Elizabeth has pioneered Citizenship work for the University of Leicester in establishing Leicester Initiative Good Health Team (LIGHT) for students to learn about and support homeless people in the city. She served on the Board for the Disability Partnership, ‘The Prince of Wales Advisory Group on Disability’ while supporting education on disability awareness. She was a Board member at CAIPE (UK Centre for the Advancement of Interprofessional Education UK www.caipe.co.uk) and in 2016 became a CAIPE Fellow and was appointed Joint Chair in 2021. 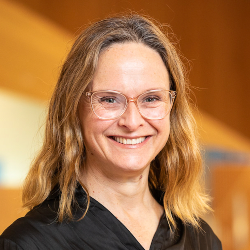 Associate Professor Fiona Kent is the Director Collaborative Care and Work Integrated Learning in the Faculty of Medicine, Nursing and Health Sciences, Monash University. She is also an APA neurological physiotherapist and has worked as a clinician and clinical educator across multiple health networks and at Monash University. She completed her Masters in Health Professional Education investigating patient perspectives of student led care and her PhD in interprofessional student education. She convened the Graduate Certificate in Health Professional Education at Monash University 2012-2015. Her work and research focuses on the development and evaluation of interprofessional curriculum. 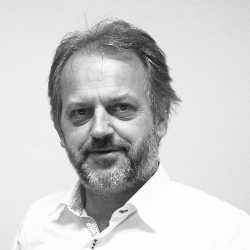 Andre Vyt is university lecturer in the field of human behaviour, education, collaboration, and quality assurance, at Ghent University and Artevelde University of Applied Sciences (Belgium), in study programmes of health care and teacher training. He received a Master's degree in Clinical and Developmental Psychology as wel as in Educational Sciences in 1985, and obtained a PhD in 1990 on the basis of research in Psychology. For 15 years he was chief editor of the interdisciplinary Yearbook of Developmental psychology, Special education and Child Psychiatry (in Dutch). After serving as research scientist for 8 years at the university, and part-time as associate scientist at the National Institutes of Child Health & Human Development (US), he combined lecturing with positions as Head of Teaching & Learning services, Student Support services, Research & Development, and Quality Management. Between 1995 and 2005 he co-authored the PROSE toolbox for quality management in the sectors of education and of health and social care, which resulted in a spin-off company, later transformed into the autonomous AQARTO Agency for quality assurance, assistance, assessment and auditing (www.aqarto.agency). Pioneering aready in 1995 he started developing interprofessional education at Artevelde University of Applied Sciences, and in 2005 implemented this also at Ghent University, where he was appointed at the Faculty of Medicine and Health Sciences. Andre Vyt is co-founder of the European Interprofessional Practice & Education Network (www.eipen.eu), which he chairs since 2011. In 2020 he co-founded an innovate 2-year postgraduate programme in interprofessional rehabilitation (www.ipnr.be). Andre Vyt provides consultancy to institutions and European agencies, and produced several tools for educational management and quality management. He authored the book Exploring quality assurance for interprofessional education in health and social care, co-authored the 5Key competences framework for interprofessional practice of EIPEN, and developed the Interprofessional Practice & Education Quality Scales. His current research on interprofessional practice focuses on collaboration in residential care and home-based care. 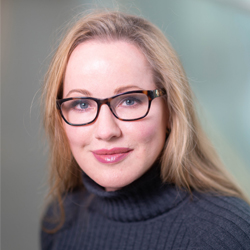 Carrie Krekoski, BDSc(DH), MEd., Ed.D(c), DHP(C), is a Clinical Professor in the Faculty of Dentistry and Practice Education Manager, Office of the Vice President, Health, UBC. Carrie supports the strategic planning, development, implementation and evaluation of integrated interprofessional practice education initiatives. She collaborates closely with the UBC Health team, faculty leads from various UBC health disciplines, and community partners to support the strategic planning, development, implementation and evaluation of interprofessional education for collaborative practice. She facilitates the exchange, synthesis and application of knowledge to promote practice improvement and to inspire healthcare colleagues to work collaboratively toward team-based care and health system renewal.

Her teaching and scholarship focus on interprofessional education, behavioural sciences and practitioner wellbeing across the learning continuum; undergraduate, graduate and practitioner. Carrie also brings experience in healthcare regulation; she earned a Bachelor of Science Degree in Dental Hygiene (UBC); Masters of Education (Simon Fraser University); and is currently completing a doctorate in educational leadership and policy (UBC). A recent highlight of her work is a book chapter, Resilience in Practice in ABC of Clinical Resilience, eds. Frain, A., Murphy, S., & Frain, J. (2021).